VALENCIA, Spain (August 11, 2022) — In a world where the transparency of online communications is touted as a virtue, you might question the motives of people using voice-changing technology tools. Is it for mischief or malice? While cynics may assume that voice tech is only associated with basement hackers and scam artists, new research indicates that an overwhelming majority of people simply want to enjoy themselves online whilst feeling more confident in their own sound.

This is what Voicemod (www.voicemod.net) confirmed in a June survey that gathered responses from 2,000 customers worldwide. Most survey respondents had multiple reasons for changing their voices online, with 83% doing so “to create entertaining moments with my friends and other people online,” as well as role-playing as a specific character in a game (31%), and wanting to sound like an existing fictional character (19%). While nearly 16% of the total survey pool use voice-changing tools to create a new persona for VTubing or streaming, less than 15% specifically do so to hide their identity to avoid being recognized.

Voicemod is the world leader in augmented voice and interactive audio. The company creates social audio tools that make it simple for gamers, streamers, content creators, and professionals at all skill levels to create sonic identities and engage in more immersive, enjoyable, and entertaining gaming and communications online.

“Voicemod is challenging negative assumptions around the purpose for online voice-changing technology. Our mission is to help people discover and share the voices they feel best reveal their true selves, whether for work or play,” said Voicemod CEO and co-founder Jaime Bosch. “People disguise their voices for a multitude of reasons, including some mischievous or questionable ones. But clearly, the motives of the vast majority of our thousands of customers around the world are the most wholesome possible — to create fun times with friends and to feel more comfortable in their voice personas.”

Of the survey subset who do use voice tools to hide identity and avoid recognition (15%, or 289 respondents), nearly two-thirds (64%) simply like to be anonymous online, perhaps because 59% of that subset describe themselves as shy or socially anxious. And 10% understandably want to avoid recognition when they’re describing sensitive information such as personal struggles or secrets. While 30% also like to “trick the people I’m speaking with,” their comments indicate it’s for the purpose of pranking friends rather than with malicious intent.

In fact, when the full survey pool of 2,000 was pressed to identify the single most common reason for changing their voice online, 68% still identified “entertaining moments,” but respondents wanting to hide their identity to avoid being recognized dropped to only 3%.

Another sizable subset (22%, or 439 respondents) of the total survey pool said they use voice-changing technology “to disguise characteristics of my actual voice, speech, or environment.” Amongst the most popular reasons include pitch and timbre (64%), tone and emotional expression (46%), pronunciation and accent (37%), stuttering (24%), and hoarseness (21%).

Half of that subset who use voice-changing tools as a disguise (51%) simply want to be more comfortable with the sound of their own voice, with “sounding more professional” a reason for 26% of that subset. Nearly 40% use a disguise because their voice might reveal physical characteristics they prefer to keep confidential — such as age, gender, and even perceived body type or appearance.

Of the same subset, 30% want to disguise characteristics in order to portray a different type of person, but often with the aim of playing a trick or fooling people in conversation. Only 27% of the subset also use voice changers to disguise themselves to avoid online bullying and harassment.

The participants in the Voicemod survey represent a snapshot of the gaming community. A full 84% of the 2,000 survey respondents are less than 34 years old, with a third (34%) in the 16-20-year age range.  About half (52%) consider themselves multilingual by choice or upbringing, although English is their overwhelming native language (76%).

Customers tap Voicemod interactive audio tools to explore their sonic identities through a mix of voice filters, voice morphing, hyper-realistic voice skins, soundboard effects, musical effects, and a variety of other real-time audio customizations. Voicemod’s recently announced AI Voices offer technology innovation in real-time speech-to-speech voice conversion for personal customization or integration of the user’s personality. Voicemod AI Voices provide people with extensive freedom in how much of their natural voice they keep or mix, resulting in a unique, personalized voice avatar that fits their needs on a case-by-case basis for work or play.

Voicemod is the leader in real-time audio augmentation. Developers trust Voicemod’s audio technology to help end-users create virtual voices and define their sonic identities. As companies strive to build a responsible metaverse, Voicemod is the tool that helps gamers, content creators, and professionals of all skill levels find the voice that best expresses themselves as they play, work, create, and entertain. Discover more at www.voicemod.net. 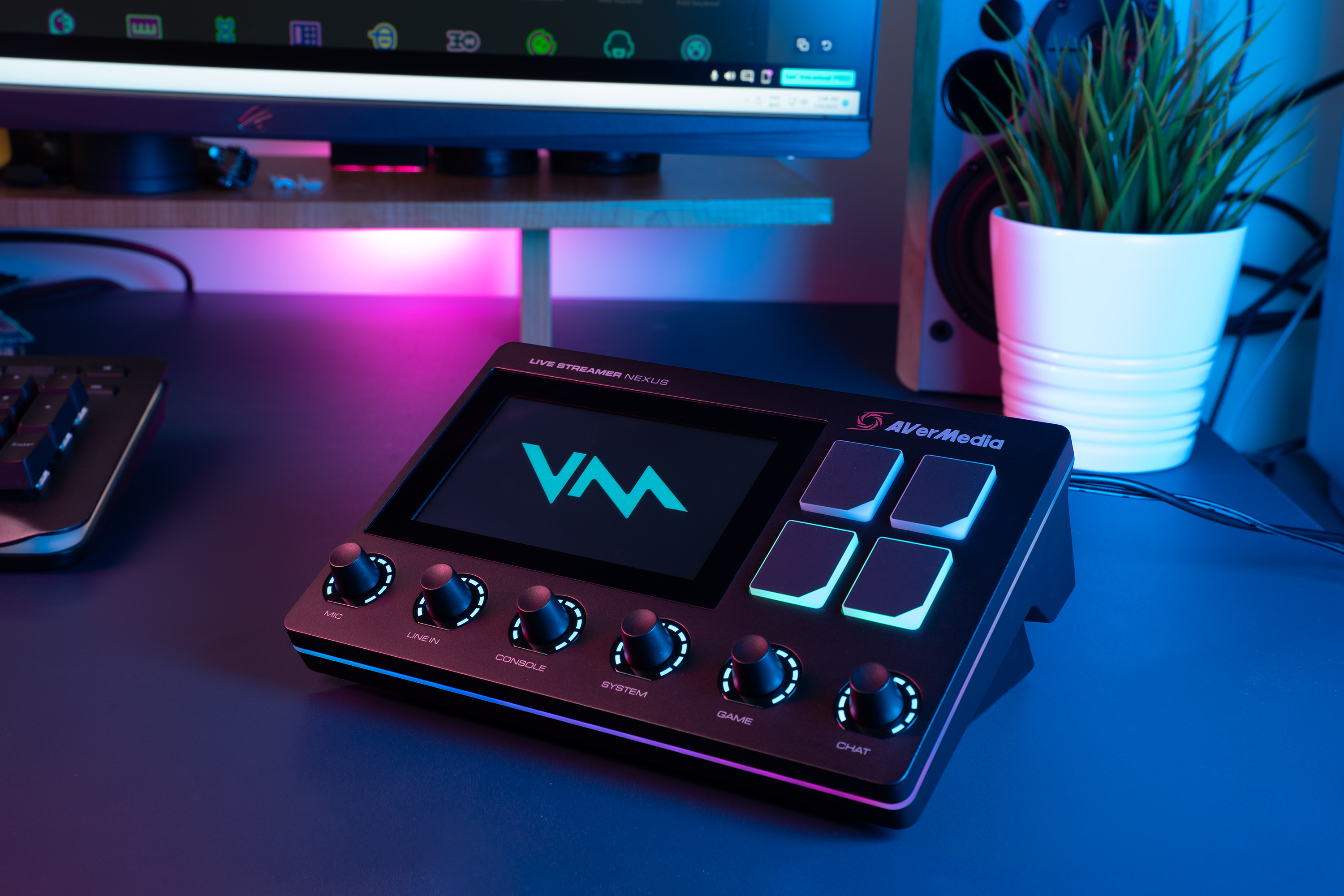 Pioneers in real-time voice changing and soundboard technology has announced a new partnership with AVerMedia Technologies, Inc., a leader in digital video and audio solutions. 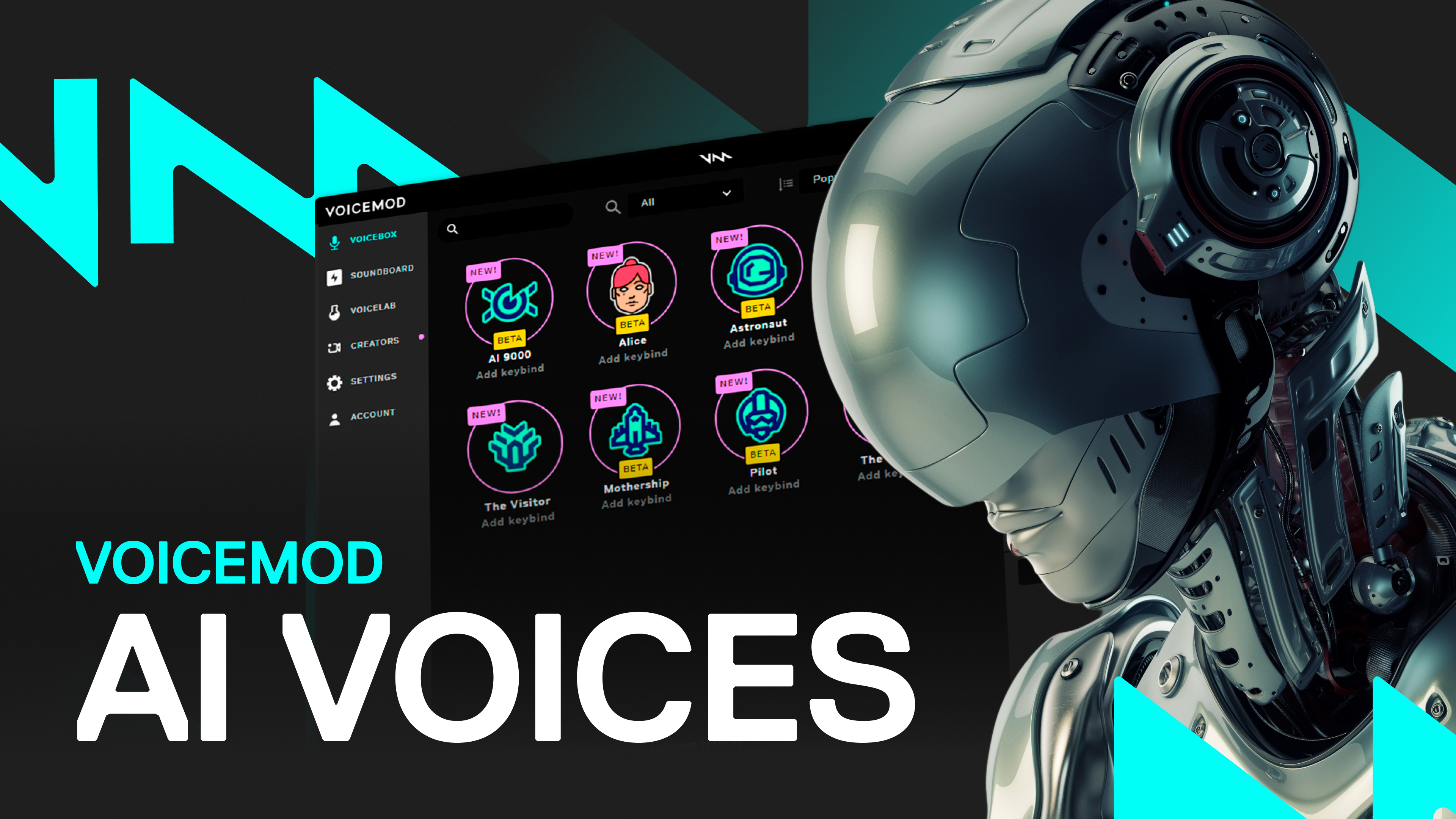